A QUT PhD student today became the first woman to win a prestigious Aerospace Australia Limited industry Innovation Award for her work on a project to improve the safety of aircraft and reduce maintenance costs.
Vanessa Lussini from QUT's School of Chemistry, Physics and Mechanical Engineering was awarded the 2015 $10,000 Young Innovator Scholarship for Defence Industry today at Avalon 2015: The Australian International Airshow and Aerospace & defence Exposition. Ms Lussini's project, being conducted for the Defence Materials Technology Centre, is focussed on using organic compounds to develop sensors to alert maintenance crews when sections of an aircraft need repainting before mechanical strain, direct sunlight, varying temperatures, water, salt and other pressures cause dangerous corrosion resulting in potentially catastrophic failure. "Corrosion is like a cancer to metal and paint acts like a sunscreen which needs to be re-applied before the structural integrity of an aircraft is compromised," said Ms Lussini who was at Avalon to accept her award. "It's critical to know when to repaint an aircraft but we can also paint them too often simply because they are scheduled to be done and every new coat adds weight. "Often only certain sections need to be painted because they are more exposed and degrade faster. Or one plane is used every day and another sits in a hangar for long periods. "Free radical oxidative degradation is the main route to coating failure and my project aims to create new, more resilient sensors detect deterioration. A group of compounds called profluorescent nitroxides have been shown to be effective free radical sensors, utilising a fluorescent emission to monitor the chemical character of the protective outer coating of aircraft. Read more.
Outback Joe is in trouble again and will likely need a new breed of flying robot to help him.
QUT and CSIRO have raised the stakes for their next international UAV Challenge after a team of enthusiasts from Canberra, Australia, won the previous Outback Rescue mission in 2014. Announcing UAV Challenge Medical Express 2016 at an unmanned systems conference associated with the Avalon Airshow yesterday, event co-ordinator Dennis Frousheger said the 2016 challenge was designed to push UAV technology to the limit. Read more.
A QUT-led aerospace research facility, based in Brisbane, is the first facility of its kind in Australia to be granted CASA certification to fly unmanned aircraft (UA). The Australian Research Centre for Aerospace Automation (ARCAA) conducts research into all aspects of aviation automation, with a particular research focus on autonomous technologies. ARCAA Director, QUT Professor Duncan Campbell, said the Centre had now received a CASA UAV Operators Certificate to fly unmanned aircraft in Australian airspace to further advance research in the applications and airspace integration of unmanned aircraft. This follows a recent CASA decision that all research organisations must be certified for unmanned aircraft operations for research purposes. Read more.
At the recent CRC for Spatial Information conference held in Perth, the outstanding contribution made by former ARCAA Director, Professor Rod Walker (dec) in the domain of Research Excellence was posthumously recognised. The award was presented in recognition of outstanding contributions to CRCSI research and innovation promising high impact outcomes for end users. As founding Director of the Australian Research Centre for Aerospace Automation, Professor Rod Walker was instrumental in conceiving the research that has led to the development of the autonomous aircraft guidance system (FAS) that is now saving Ergon Energy $14M a year in remote asset inspection costs. ARCAA has played a key role in helping Ergon spin-out the new ROAMES business to Fugro. His award was accepted by Rod’s brother, Dr Arron Walker. 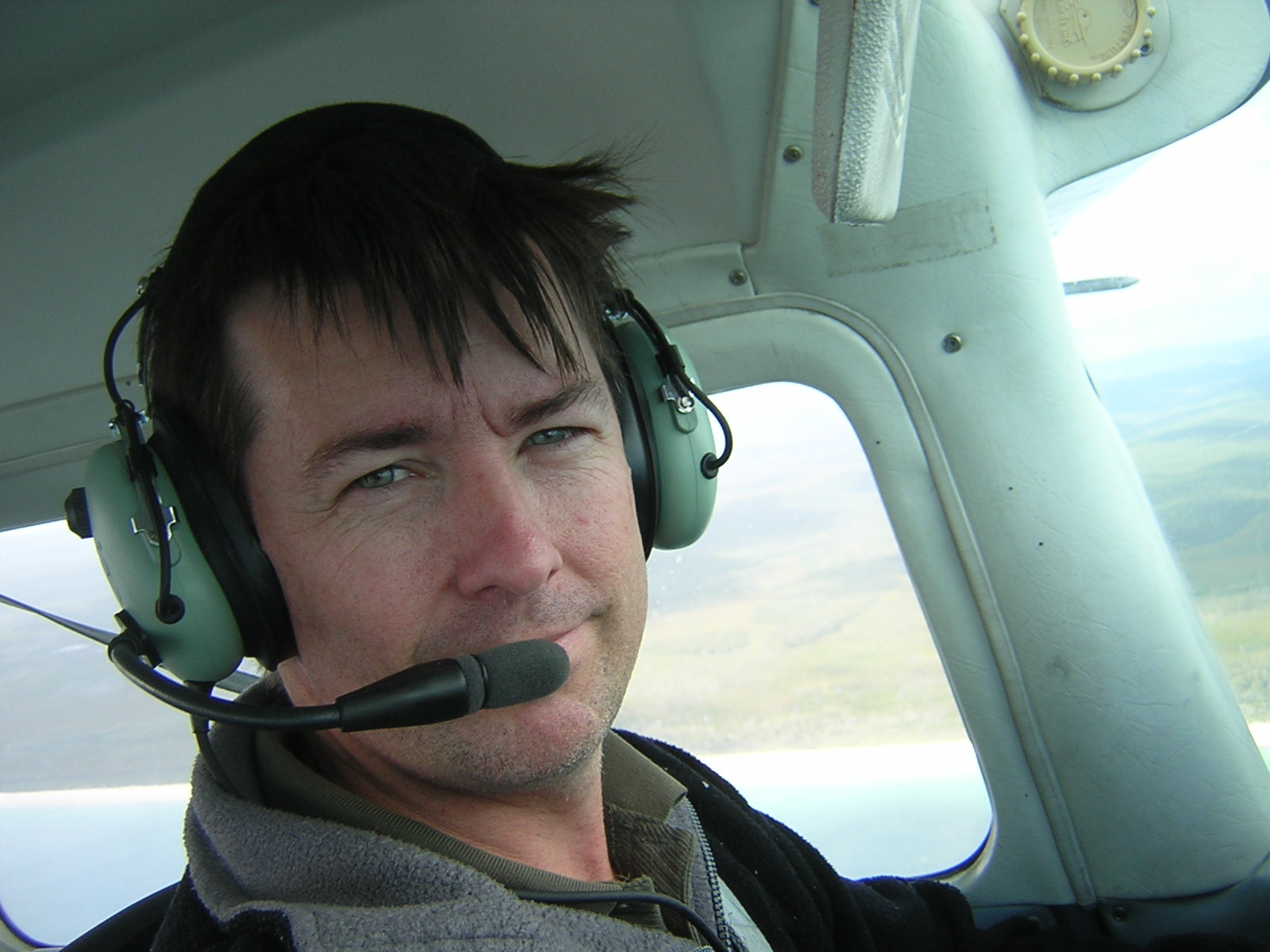 Can UAVs get water to stranded Joe in the Outback? The BBC News program Click has a great segment on the recently completed UAV Challenge: Outback Rescue. 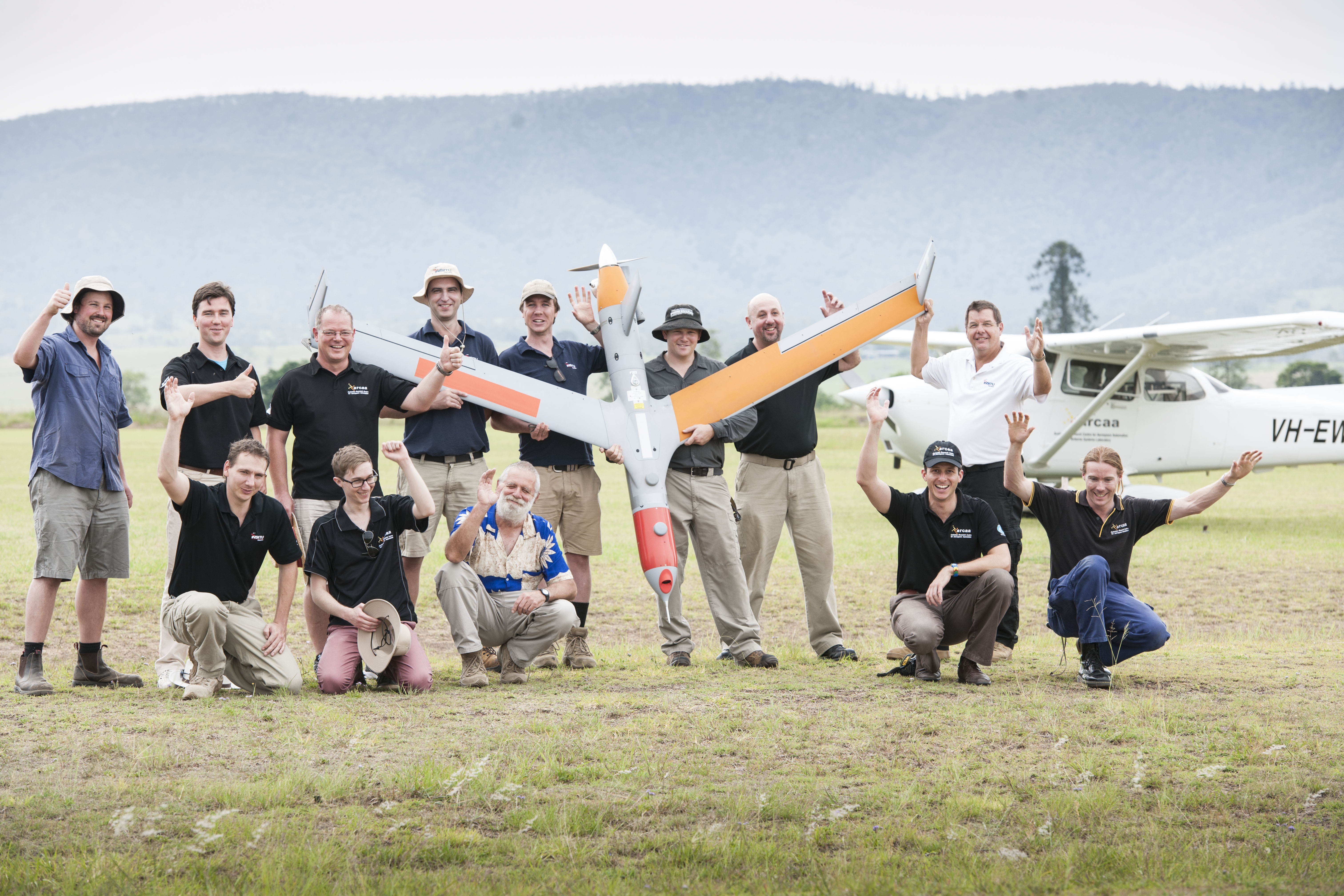 Queensland Unmanned Aircraft System (UAS) researchers have made what’s believed to be a world-first breakthrough for small Unmanned Aircraft (UA), developing an onboard system that has enabled a UA to detect another aircraft using vision while in flight. During the flight, the onboard system provided real time warnings back to the ground control station, resulting in a successful manual collision avoidance manoeuvre – a critical point for allowing UAs to fly in commercial airspace. The flight trial was carried out in unsegregated, class G airspace. The research, carried out by QUT’s Australian Research Centre for Aerospace Automation (ARCAA) in conjunction with Boeing Research & Technology – Australia (BR&T-A) and UAS industry leader Insitu Pacific, was successfully proven in recent trials at an airfield north-west of Brisbane. Watch the video on QUTube here https://youtu.be/L3DEGr-HM0U or for more information see the QUT News story.
Channel Ten's Totally Wild aired a recent story on the 2013 UAV Challenge - Outback Rescue. Check it out here (the UAV Challenge segment starts from about 12:20).
ARCAA has been very busy over the past few months promoting the benefits that UAS could provide for everyone.  Check out our recent appearances on SBS and ABC as well as a few other new videos over on our revamped Google+ page.
Check out Network Ten, Sunday 1st September @ 3pm for a documentary on the UAV Challenge Outback Rescue 2012. From the TV Guide:

Robots take to the sky! Follow the journey of five teams, as they battle it out to be the first ever team to fly a UAV in to a search area, locate a lost bushwalker, drop a bottle of life saving water and return safely to the aerodrome.