The biosecurity application stream focused on the development of an unmanned aircraft system for performing Miconia weed surveys, creating the autonomous systems to enable safe low-altitude flight in difficult terrain, a sensing system to capture data suitable for manual off-line detection of weeds such as Miconia, and tools for generating survey flight plans and off-line analysis. These were demonstrated in flight tests.

Watch the CSIRO SMR-1 in ‘Robots to ResQu our Rainforest’. 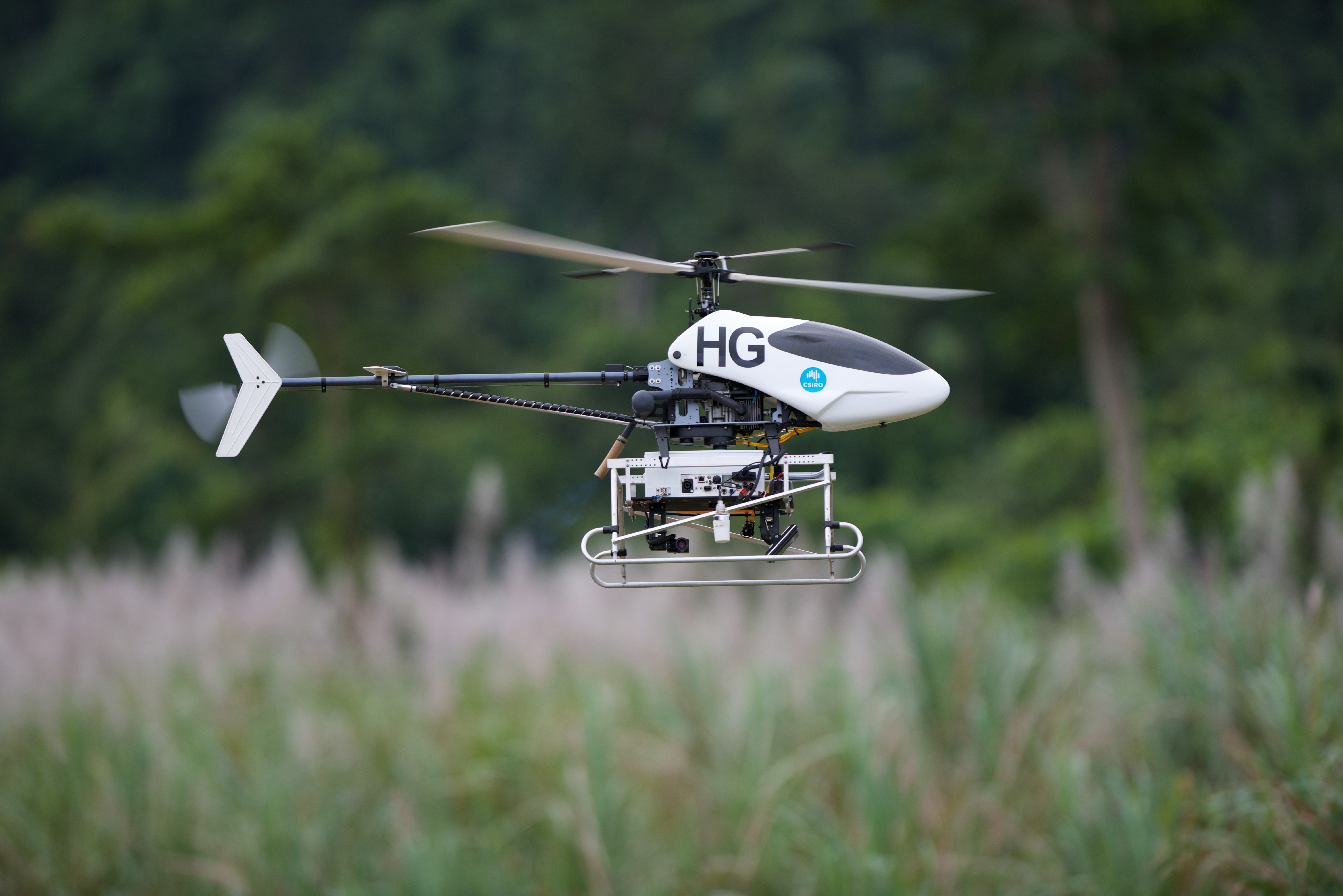 The CSIRO SMR-1 above is a research platform used to monitor vegetation and inspect infrastructure.